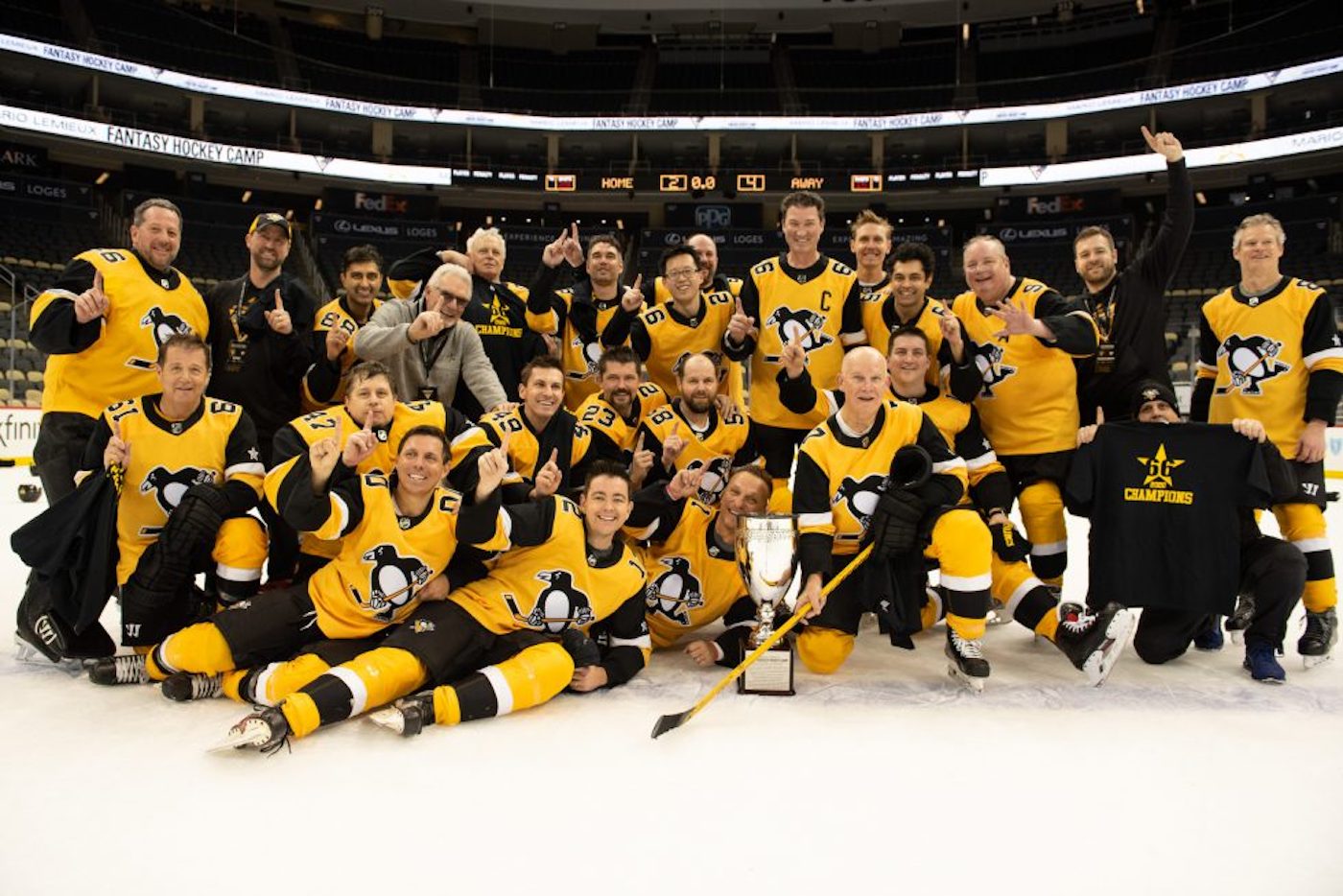 Over 70 hockey enthusiasts from all over the world – from the United States, to Germany, to Australia and beyond – came together for a four-day hockey experience unlike any other.

The 2020 Mario Lemieux Fantasy Hockey Camp wrapped up its ninth year on Saturday, February 1 with a celebration led by camp coach and NHL Hall of Famer Clark Gillies, who escorted his team on a victory parade through PPG Paints Arena.

While Clark Gillies and Team Hart were crowned this year’s champions, it’s safe to say everyone came out of this year’s camp on top. The sore legs and physical toll is all worth it, especially considering it’s not every day you get to play hockey with some of the NHL and Pittsburgh Penguins’ best, including Le Magnifique himself, Mario Lemieux.

Making their first Camp 66 appearance, Max Talbot, Darius Kasparaitis and Craig Patrick were all wonderful additions, bringing a new level of fun, guidance and hip checks (looking at you, Kasparaitis) to this year’s camp experience. In between playing hockey, campers built team comradery and friendships off the ice through group dinners, a Flyers/Pens game and even some after-hours excursions…which remain untold.

Camp 66 is more than just hockey, though.  While the campers get to live out their dreams and play with some of their hockey heroes, it is actually them that are the superstars.  Their participation every year helps raise money for the Mario Lemieux Foundation’s cancer research, patient care and Austin’s Playrooms initiatives.